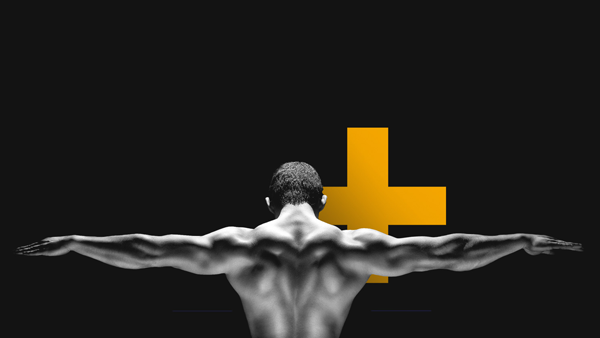 Let’s dive around the back of the lower limb to look at what may happen (especially for athletes) at the upper hamstring: The upper hamstring tendon attaches onto the ischial tuberosity. When the hip is in flexion, the hamstring tendons are “pulleyed” over the ischial tuberosity and compressed against it. That explains why athletes who spend a lot of time in hip flexion are more prone to this problem such as rowers, cyclists and hockey players. Furthermore, sitting postures and even sitting on hard surfaces may have a lot to do with creating extra compression. I would also add three other elements to be aware of that are more closely related to personal trainers and how they train their clients: 1.Excessive hip flexion in the squat (like on the left in this drawing – is that really a squat or a deadlift??). Allowing the knees to drift a little more forward over the toes will certainly help the upper hammy tendons to feel better.
2. Uncontrolled Deadlift – simply moving too fast into the movement, with the hip flexion not being partly controlled by Gluteus Maximus. So: don’t fall into Deadlift, but lower slowly!3. Excessive Anterior tilt in runners (distance and sprinters) – high levels of training using hamstrings coupled with the origin sitting further away from the knees due to anterior tilt, is a recipe for upper hamstring overload. Loosen those hip flexors, and train Glut Max!
Loosening Quads, Patellar Tendon strap, and Isometric Quad contractions will all aid in repositioning the Patellar Tendon lower, and in a more neutral position, so the inferior pole of the patella doesn’t poke into its underside. All the best, Ulrik
Gluteus MaximusHamstringsMusculoskeletal Conditions Be AwareTendon Rehab

https://vimeo.com/458839463 Piriformis is tricky to self-assess the tightness of, but here Ulrik takes Whitney through…

https://vimeo.com/458838594 Learn how to to assess in prone if the Piriformis muscle is tight and…

https://vimeo.com/458836937 Ulrik introduces some concepts around the Piriformis muscle and how tightness and aggravation of…